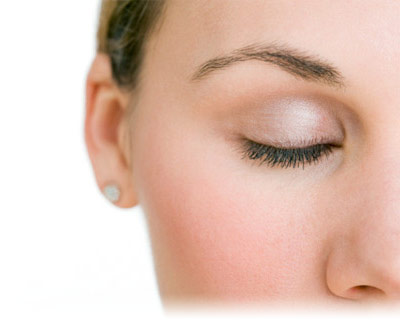 Blepharoplasty is the surgical procedure that corrects the stretching and drooping of both upper and lower eyelids.

It consists of the removal of excess skin and fat present under the eyes that produce an appearance of tiredness, rejuvenating the face and even correcting their interference with the patient’s vision. It can be performed on the upper eyelids or on both upper and lower eyelids if so required.

Blepharoplasty is recommended to those patients carrying fatty deposits under the eyelids (‘eye bags’) and an antiesthetic excess skin producing a droopy eyelid effect. These traits usually start becoming noticeable when the patient has reached their thirties, but they could appear in younger people too due to hereditary factors or illnesses such as hyperthyroidism.

Blepharoplasty surgery usually lasts about 30 minutes to an hour approximately, and is usually performed under local anaesthesia and light sedation.

The surgeon removes the upper eyelid’s excess skin and fat through an incision hidden inside the eyelid fold in such a way that it is unnoticeable from the start. For the lower eyelid the incision is performed close to the eyelashes. Younger patients usually do not need any skin removal and in such cases only the fatty deposits are removed through an incision inside the eyelid (transconjuntival approach).

Once the surgical procedure is finished, cold compresses must be applied to reduce the edema and any eventual bruising. The operation is done on an outpatient basis and the patient can return home two to three hours after the intervention.

Once at home the patient must apply cold packs or ice during the first 48 hours, keeping the head up and taking at most some over-the-counter analgesic such as Paracetamol during the first day, as this is usually a nearly painless procedure that produces no more than a moderate discomfort. The patient will follow the doctor’s instructions regarding eye hygiene. A sensation of tightness, eye dryness or watery eyes is normal at this stage.

Stitches will be removed four to six days after the procedure. The patient is not incapacitated in any manner during those days. Even so, she must wait 4 to 6 days at the very least before returning to her daily activities. There is always some degree of ecchymosis (bruising) which will take 7 to 10 days to disappear.

Contact lenses users will have to avoid their use for at least two weeks after the procedure.

Possible complications are: slight discomfort during the first days after the procedure; watery eyes and intolerance to light in some cases. It is not unusual to have a temporary difficulty in fully closing the eyes, especially during sleep, and the possible appearance of light skin or subconjunctival haematoma. They all disappear a few days after.

Cases of ’round eye’ and ectroprion are extremely rare.

If you wish to receive more information about the Blefaroplasty procedure from Clínica Dual Valencia please call or write to us and we will answer your questions with no obligations.
Request a Consultation