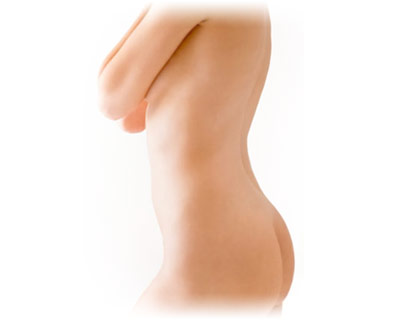 The current practice of Liposculpture perfects the original techniques developed by Dr. Yves-Gérard Illouz in 1977. It consists of the introduction through small incisions of blunt, rounded non-cutting tipped cannulae with a series of perforations at their ends, through which body fat is extracted. These cannulae are connected to a suction pump system which produces negative pressure (vacuum) allowing for a non-traumatic removal of surplus fat cells (adypocites).

As fat cells are unable to reproduce (hyperplasia) the liposuction procedure guarantees that the removed fat cells won’t be replaced with new ones.

Liposuction can be applied to many areas of the body: the ‘saddlebags’, hips, abdomen, thighs, knees, calves, arms, etc. Latest technical advancements allow for its application to regions of the face and neck (jowl, the face’s oval shape, etc.) though the use of microcannulae.

Recent achievements in superficial liposuction techniques through the use of very thin cannulae help to protect the skin adjacent to the treated area. In fact its appearance can be enhanced by taking advantage of the skin shrinkage due to an expertly applied liposuction procedure.

Nevertheless, it must be kept in mind that liposuction, no matter how banal a procedure it is nowadays considered to be, is a surgical intervention and as such it must be performed by a qualified surgeon, experienced in the technique and at a hospital facility.

WHO BENEFITS MOST FROM A LIPOSUCTION PROCEDURE?

Liposuction allows for radically and permanently removing localized fatty deposits from the patient. Those are fat accumulations that cannot be made to disappear through dieting or exercise, since they are part of the patient’s physical make-up.

Liposuction isn’t a slimming technique and its goal isn’t weight loss. In fact, no matter how well performed, a liposuction can never substitute healthy eating habits. Liposuction is not an obesity treatment.

Misleadingly simple, liposuction is a complex surgical procedure that requires precise knowledge of corporal morphology and anatomy plus a certain artistic sensitivity. Every surgeon has his own technique, which he adjusts according to each patient’s case, in order to produce the best results. However, there are some common principles with this procedure:

Liposuction can be performed at either a superficial level or at a deep one, depending on the area of the body to be intervened in and on skin elasticity.

Fat is sucked out by means of blunt cannulae, producing a network of tunnels spaced regularly, respecting the blood vessels and nerves in the area. Both superficial and deep fat are treated during the procedure. The amount of extracted fat will depend on the quality of the adjacent skin, as that is a main factor in the quality of the results. Liposuction is not a solution to skin flaccidity or excess skin cases: Those require other types of plastic surgery. Neither does it eliminate the tendency of becoming fat in other areas of the body, so the patient should take care of her nutrition.

Immediately after surgery the patient will be fitted with a compressive garment (a girdle). She will wear it for one month approximately.

The choice will depend on the surgeon, the anaesthesist’s instructions and upon the patient’s preferences.

DURATION OF THE PROCEDURE AND HOSPITALIZATION

The duration of the procedure is very variable, as it depends on the amount of fat to remove and the areas to treat. I can be as short as 45 minutes for the extraction of waist fat or last up to three hours for major cases.

The length of the hospitalization depends on the amount of fat removed. It can be as short as a few hours in the case of small liposuctions with local anaesthesia. When dealing with a large volume of liposuction under general anaesthesia it will last a whole day.

Please note that after a liposuction, recovery time is proportional to the amount of fat removed.

During the postoperative period both ecchymosis (bruises) and edemas (swellings) appear around the treated areas. After a couple of days they may descend to the knee area.

Pain perception varies with each patient. Usually it is dismissable when thin cannulae are used during the intervention, and easy to manage with analgesics such as Paracetamol. Depending on the amount of extracted fat there can be a feeling of fatigue too.

The patient can resume her daily activities four to seven days after the procedure, depending on the amount of removed fat and the type of professional activity of the patient.

Ecchymoses disappear after a period ranging from 10 to 20 days after the procedure.

The compressive garment must be worn for two to four weeks.

Sport activities can be resumed on the fourth week after surgery.

It is advisable not to expose oneself to sunlight or U.V.A. sunbaths before 3 or 4 months after the intervention.

The patient will not show a significant change in appearance during the first three or four weeks after the procedure due, to the postoperative swelling (edema) of the tissues subject to the surgery. From the third week onward, after the edema has been absorbed, results will begin to be noticeable. Skin will take from three to six months to shrink back to the new body volume and adapt to its new silhouette.

Six months after the procedure the results reach their definitive appearance. Usually they are fully satisfying, as long as correct planning and technique have been applied: liposuction will have allowed for the definitive removal of localized fatty deposits producing a noticeable retraction of the skin.

IMPERFECTIONS IN THE RESULTS

As stated earlier, a well-planned and executed liposuction procedure provides satisfying results to the patient according to her expectations. Sometimes little imperfections can be noticed that won’t reach the level of true complications: insufficient correction, residual asymmetry, or surface irregularities.

As a general rule they are susceptible to complementary liposuction: a small ‘retouch’ done under local anaesthesia performed six months after surgery or later, usually suffices.

Liposuction, despite being motivated by aesthetic considerations, is a full surgical intervention with all the associated risks, just as all medical procedures are, no matter how trivial they might be. There are two kinds of complications: anaesthesia related and those having to do with the surgery as such.

Regarding anaesthesia, the patient must be aware of the sometimes unforeseeable reactions it can induce in the human body. They are more or less easy to manage, though. Having the assistance of a qualified anaesthetist and performing the surgery in a hospital facility diminishes the risks to statistically very low levels.

It should be noted that anaesthesia techniques, products and monitoring methods have advanced considerably during the last 20 years offering optimal safety levels specially when the procedure is performed without any urgency on a healthy patient.

Regarding the surgical intervention, choosing a skilled surgeon, qualified for this kind of intervention, limit risks considerably even if they can never can be completely suppressed.

True complications after a quality liposuction procedure are rare and rigorous planning and execution are the most effective risk prevention measures.

For the sake of thoroughness we will mention a few, despite their rareness.

Finally, when a liposuction involves the extraction of an extreme amount of fat, it can lead to metabolic alterations.

In short, there is no need to exaggerate the risks. One simply has to be aware that a surgery, no matter how apparently simple, always involves them.

Such thoughts might lead to more questions and the desire for further information. We are at your disposal to discuss them at our facility.

COST OF A LIPOSUCTION

Taking into account the fact that each patient case has its own particularities, and the high safety requirements standards we uphold, Clínica Dual does offer the best prices. The first consultation with our doctor is free and implies no obligation on the part of the patient.

As important as knowing the cost of a liposuctions is, it is even more relevant to be aware of the following facts: that from the outset you are in a Health Centre officially registered with Valencia Health Council; that you are being attended by professionals with more than 25 years of experience in all fields of Plastic Surgery and Aesthetic Medicine: plastic surgeons, anaesthetists and doctors specialized in aesthetic medicine who guarantee good practice at all times; and that for your peace of mind we perform all surgical procedures in the Nueve de Octubre Hospital, requesting the most advanced lab tests prior to surgery and always complying with the strictest health regulations. 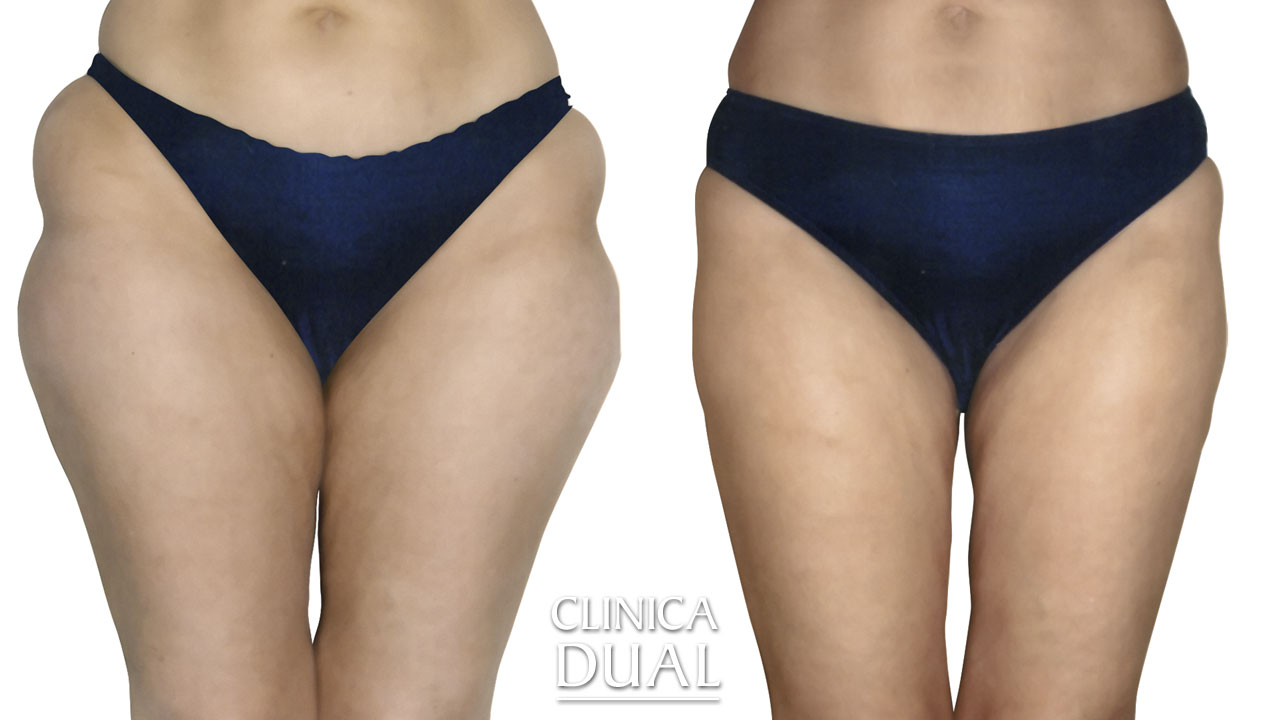 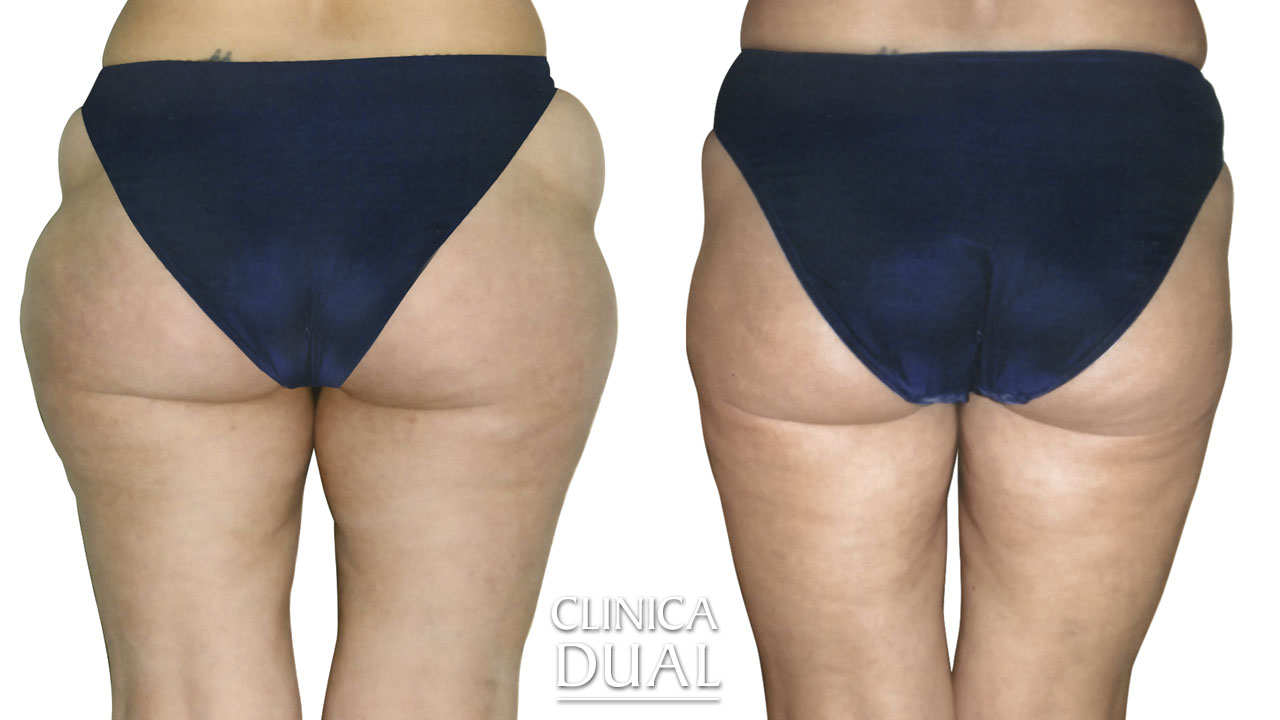 If you wish to receive more information about the liposuction procedure from Clínica Dual Valencia, please call or write to us and we will answer your questions with no obligation.
Request a Consultation